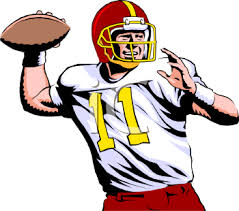 I know, it’s not Monday anymore. But, you know, Monday Morning Quarterback is a term not meant to be taken literally. It’s part of pigskin vernacular. Deal with it.

Besides yesterday was a holiday. Seedy K don’t labor on Labor Day.

There are lots of rabid fan bases in college pigskin. And, as willing as I seem to be to hurl my opinions into the void, I daresay you shall hear no designation at this venue as to which school’s fans are the most loyal.

That said, once again an acolyte of the Crimson Tide has displayed a willingness to crank the loyalty meter to 11.

Mary Farr has been there from the get go. Literally.

Her middle name, her given middle name, the one on her birth certificate it is reported, is Bama. So, it was unlikely that she would ever scream “War Damn Eagle,” even during those sub teen years when everyone pretty much rebels against their parents’ ways.

Now she’s sealed the deal. Seems Ms. Farr was in an accident years ago, because of which she lost an eye. Not really sure, the reports I’ve read don’t mention it, whether she’s had a prosthetic eye before her current one?

But the one she now sports is all crimson. Of course. With her middle name “Bama” inscribed on it.

Harvey Updyke previously held the top spot as Alabama’s wackiest fan, given his 75 or so Tide ballcaps, and his felony conviction for having poisoned the trees at Toomer’s Corner. Now in exile in the bayou country of Louisiana, Harvey can only read with envy the reports of Ms. Farr’s fandom.

Those of us who watch a lot of football on TV — Some would say too much — develop certain likes and dislikes about announcing crews. I mean, they spend so much time in our homes, we view them as guests. So, some we welcome. Some we wish would have stayed at home.

This past weekend, I made a new acquaintance. Ed Cunningham is the color guy, who has the misfortune to work with cloying Mike Patrick.1

Cunningham is a former Seahawk and Cardinal (Arizona), who also produced the Oscar-winning documentary about that Memphis high school football team that overcame a lot of obstacles.

He’s dang incisive and a pleasure to listen to. He adds to the game.

The duo did Northwestern’s upset of Stanford. Which we should have seen coming. Pat Fitzgerald’s Wildcats are always feisty. Plus the game kicked off at 11:00 am Chicagoland time. Which translated to 8:00 am in Silicon Valley. The Cardinal sleptwalked through the game.

I was also able to welcome in an old favorite, gravelly-voiced Petros Papadakis.

He does color for Fox, and was on the team that reported the most exciting, if not best played game of the weekend. Which was Marshall’s roller coaster W over hapless Purdue on Sunday afternoon.

Petros, like Cunningham, sees the game and tells it like it is. And is pithy to boot.

Plus, I just love the sound of his voice.

IU held off the Salukis of Southern Illinois, stopping a two point conversion at the end.

Maybe the Hoosiers and Boilermakers should simply turn football into a club sport, play each other once every autumn for the Olde Oaken Bucket.

And then get on with hoops, the way Bobby Plump meant for it to be.

It is going to be fascinating to see what happens with the Charlie Strong Era at Texas.

That the Longhorns O is ineffectual doesn’t surprise. There’s no Teddy B in Burnt Orange. And, frankly, Shawn Watson has never impressed me as an OC.

What does amaze is how awful Texas D has been. The Hook ‘Em Horns have been outscored 20–117 in their last three contests. 10-48 to TCU in ’14’s regular season finale. 7-31 to Arkansas in the Texas Bowl. Then Saturday’s 3-38 spanking under the gleeful gaze of TD Jesus.

I’ve always believed Strong, despite some coaching deficiencies, can succeed because of his ability to recruit the best talent. Which he’ll do in Texas as he’s done in Florida . . . if the fatcats allow him a long enough reign to turn it around.

What’s the deal with all these kickers from Down Under, emigrants for Aussie Rules Footy?

Were all those empty seats in Commonwealth at the end of UK’s hang on for a W against the Ragin’ Cajuns, because the sold out crowd was sure of victory and just wanted to beat the crowd to the post game parties? Or, because they were shocked at the familiar, almost fatal Wildcat meltdown?

The biggest comeback of the weekend was that of starting Texas A&M QB Kyle Allen.

When the Aggies faltered midgame, he was pulled in favor of minuscule freshman Kyler Murray, whom I’ve dubbed the “Muggsy Bogues of College Football.”

As Murray was jitterbugging his way downfield against the Sun Devils, Allen stood on the sideline, forlorn, pissed, with a “Whatdafuck, have I lost my job already?” look on his face.

Then he came back, and led the Bonfire Boys to triumph.

For those keeping score, Seedy K was a perfect 5-0 on his first week’s predictions.

4 thoughts on “MMQB: Week I Done, A Few Lessons Learned”