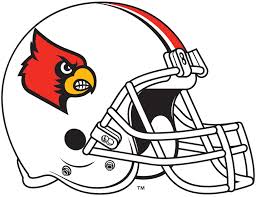 Lamar Jackson on the ground.

Lamar Jackson in the air.

Lamar Jackson to close the deal.

Four yard rush for a 1st Down, on 3d & 3 on Louisville’s 32, to prevent the Aggies from getting one last chance.

The L1C4 Nation thanks you, LJ, for putting the Cardinals on your shoulders and carrying U of L to the Music City Bowl victory.

Just when U of L fans began to wonder if there would ever be a leader to consider in the same sentence as Teddy B, Lamar Jackson arrived to answer the question.

And, the kid still has upside.

He’s got a cannon for an arm, but not much accuracy beyond 25 yards. So, there’s that.

And, some other things . . . perhaps. None of which immediately come to mind in the aftermath of his Saturday Night headliner at the Ryman-quality performance in the Music City Bowl. You know, Hank Williams at the Opry.

It’s easy to expect Louisville fans will be hearing this phrase often next season, “Jackson to Hikutini.”

Louisville’s defense was skittish as usual.

James Burgess was one and done, after a questionable targeting call by the Big 12 officiating crew.

Treyvon Young was lost on the second defensive series of the game, with a broken hip.

Stacy Thomas filled in admirably for Burgess, leading the D with 11 tackles.

Josh Harvey-Clemons, who says he’s “50-50” to stay or go into the draft, caused a fumble and had a pick. Nice.

But . . . he, along with his similarly inconsistent secondary defenders, made just enough plays to hang on for the W, while allowing too many long completions. They made it more interesting than it might have been though, allowing a 3d team afterthought of a QB, Jake Hubenak, to complete 28/48 for 307 aerial yards and two TDs.

Cardinal fans should thank beleaguered Aggie mentor Kevin Sumlin for keeping it on the ground early, throwing but 7 passes in the opening quarter. Had A&M tossed it around the whole game, who knows how many more TDs they might have had?

It’s been the yin and the yang for Grantham’s Guys this season. One play will be monumental. Like Fields knock down when the Aggies had a 3d & 10 at U of L’s 41 on their last drive. Then a whythefuckdidtheydothat? Like the next play, when U of L stopped the Aggies drive on 4th down, only to sabotage themselves when Pio Vatuvi’s hands to the face gave A&M a fresh set of downs.1

But, you know what, all that’s picking at nits.

Defensive lapses shall no longer be an issue, since this 8-5 season is over.

With all those Ws coming in the last 10 games, after an 0-3 start, that included Ls to #1 Clemson and New Year’s Six surprise, Peach Bowl champ Houston.

Capped with the cherry on the sundae, a bowl victory over the SEC.

Kudos to Bobby Petrino, for keeping the team together, focused and on track after the disappointing beginning, and inconsistencies that plagued the Cardinals throughout the campaign.