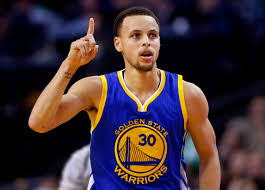 But anybody who has ever attempted golf knows it might be equally as hard to to swing at a ball with a golf club — off the tee, in a trap, out of the woods, or on the green — and have it end up where the swinger would for it to.

Even for the guys who are really good at it.

That’s what I was thinking as I watched The Next Big Thing Jordan Spieth go all Tin Cup yesterday in Augusta, Ga, while revered, green-blazered Bobby Jones and Clifford Roberts shook their heads in knowing amazement from their rockers in the great 19th hole in the sky.

Despite his youth, Spieth, by all accounts, plays as steely a game on the links as anybody teeing it up these days. Yet, there he was, as unnerved as a Sunday duffer whose shots kept finding the bottom of Cherokee Lake, even though none of the holes on that course are anywhere near said body of water.

Golf is one of the few sports where the casual fan — i.e. a guy like me — roots for the favorites as opposed to the upstarts and underdogs. Not sure why that is, but I named it so I’ll claim it.

So I sat stunned, like many, awaiting Jim Nantz’s sure to come slobbering coronation of young Jordan, as the Texan morphed from Best in World to a nineteen handicapper, ready to shlep his pull cart back to the muni clubhouse for an Arnold Palmer, instead of reaching in his bag for one more driving range blem, to hit and hope of avoiding the H2O.

What we got instead was runner up Spieth being as gracious in defeat as Marcus Paige before him, and TV eavesdropping on winner Danny Willett, as he tried to have a private moment with his bride, who stayed back at home in Merrie Ol’, tending to their newborn.

This was a meltdown for the ages.

But not the biggest sports story extant.

Trevor Story of the Colorado Rockies has tattooed 7 taters in his first 6 major league games.

Need I mention, it’s never been done before? Even in Denver’s thin air.

So, thus far, he’s not having much trouble getting his Louisville Slugger on the horsehide.

Wonder if he could have knocked an 8 iron over Rae’s Creek yesterday with a green jacket on the line?

But the feats of this wunderkind notwithstanding, it is not the biggest sports story extant.

It was the first loss of the campaign on the home court for Greg Popovich’s gang.

It was the Dubs 72d W of the year, tying the record set by Michael Jordan’s Bulls.

A victory over the injury-depleted Grizzlies in Oakland in the home finale, and GS will become the first team to play an 82 game campaign and suffer but single digit number of Ls.

Which is pretty damn impressive. But, one guy’s opinion, not as much as the legerdemain of Steph Curry, when he’s in the Zone. Which, frankly, has been most of this season.

After a relatively slow start last night, in a back to back less than 24 hours after the Warriors escaped Memphis with a wafer-thin single point win, Curry turned magician. Part Jordan. Part Macus Haynes. Part Pistol Pete.

He finished with five assists, a couple worthy of being described as spectacular, the same number of boards, and . . . 37 points on 13/22 shooting.

And his two best makes of the night didn’t even count.

After being fouled on the floor, he floated a 22 footer left handed through the twine.

At the end of a quarter, and a millisecond after the buzzer, he flipped in a half court bank shot, with the same effort you and I would use to toss a piece of paper in the waste basket.

I’m sure not going to say he’s the best ever. That would be foolish. I do know he’s doing things on the court time and again, consistently, like I’ve never seen. And I’m was lucky enough to watch Pete Maravich totally dominate play for three consecutive nights against the best collegians of his time.

If you college hoops fans aren’t’ locked and ready for the NBA playoffs and Golden State — let me channel my inner Chuck Barkeley — “you are fools, idiots.”

And yet, and yet, Curry and the Warriors are not the biggest story these days in sports.

Which would be that 5000-1 shot Leicester City is seven points clear of Tottenhem’s Hotspur in the English Premier League, with only a handful of games left to contest.

(In the EPL, there are no post season playoffs. The team that plays the best over the course of the whole season is the champion. How damn quaint! How British! How fair!)

A couple of seasons ago, the erstwhile title holders didn’t even play in Britain’s equivalent of the big leagues. They played in the minors.

(The EPL has a fascinating yearly scenario, by which the bottom three teams on the table [standings] are relegated to the equivalent of AAA or the D League, and the best three teams from the minors move up to the EPL. How British! How quaint!)

A year ago, at just about this juncture of the season, LC was playing to secure their spot in the EPL, and avoiding relegation.

It’s been an odd season in what is generally regarded as the best soccer league in the world. Last season’s champion Chelsea got off to an abysmal start and hasn’t challenged at the top all season. Usual contenders of recent vintage, Manchester United, Manchester City and Arsenal, have simply not fired.

Leicester City’s only real challenge has come from Tottenham, which itself hasn’t had all that much success through the decades.

So, it’s a pretty nifty story unfolding across the pond in football as they know it. An underdog’s underdog appears headed for a title.

The bookies — bookmaking is legal in Britain (How quaint!) — are attempting to buy off those brazen enough to have wagered a pound or two on Leicester City before the campaign, at those 5000-1 odds.

Apparently a few have hedged their bets and taken the largess in hand.

But, unless Fox striker Jamie Vardy starts kicking the ball into Rae’s Creek instead of the net, LC shall prevail. As well as the faithful who put a farthing down on their chances, and let it ride.

And that, sports fans, is the biggest sports story of springtime.