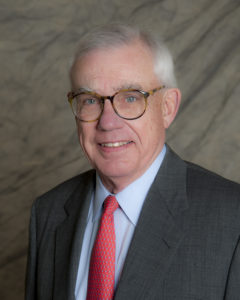 Seriously now, David Grissom, what the fazook were you thinking?

Though you haven’t practiced law for decades, you are an attorney. Didn’t you remember enough from your Trial Practice seminar to let your counsel prepare you for your deposition? Advise you how to effectively answer open ended questions like the one to which you dropped a stink bomb of an answer?

Were you too cocky? Too Type AAA, too “I can handle this?”

Did you think, as one diehard Card fan has mentioned to me a couple of times, that you figured you could control things in the deposition because you were “the smartest guy in the room?”

Well, dude, you weren’t. Ann Oldfather is as intelligent as she is assertive, a top shelf counselor at the bar.

But, ya know, she was just fishin’. The answer she was probably hoping for was something along the lines of “I don’t specifically recall anything Ramsey knew that he should have shared with the Board, but didn’t.” That would have plenty for her and her client.

You flipped on the Klieg Lights, and, waved your arms toward NCAA headquarters in Indy, and as much as said, “Yoo hoo, what about us down here? Look at us. Aren’t you going to come visit?”

Or was it that you’re 81, and might have simply misheard something somebody said and/or attributed it to Jim Ramsey? It happens, I’m only 74 and I misremember more than I’d like these days.

And, if in hindsight, if somebody did tell you a U of L Board member financed the Minardi Hall shenanigans, and the NCAA asks to talk, will you share, “Oh yeah, I remember now, it wasn’t Ramsey, it was the barkeep in the 19th Hole at my club?”

As Chester A. Riley would say, “What a revoltin’ development this is.”

Unlike many diehard Cardinal fans, I am not of the opinion that David Grissom’s goal on the Board, and when Chairman, has been to hurt the school as much as he could. Or at all.

But his depo gaffe will sure enough feed that enmity.

So, the important bottom line question is how much Grissom’s out of the blue response to a lawyer’s fishing expedition will put the school in any more peril that it’s already in?

Is it simply a coincidence that days after Grissom’s statement went public, we’re hearing that the NCAA is snooping about regarding the Bowen affair?

My hunch is that the two are not related.

We’ve known since a verbal notice in the spring that the Watchdog was a comin’.

But WDRB’s revelations, and that depo footage, and Steve Pence’s motion to reopen discovery on behalf of his client Rick Pitino in another suit . . . none of that can help U of L. Even if it might not be germane in the long run.

On the flip side — Thank Heavens — we are but days away from the autumn sports season.

We’ll be able to worry over the outcomes of actual sports competition. Soccer. Volleyball. Field Hockey. Cross Country. Cornhole in the Tailgate Lot.

And won’t that be old school cool?

Plus, Spectrum cut the deal with the ACC Network. So, I’m a happy camper.

But, if you use U-verse, you might express your desire for that carrier to show the ACC.

One thought on “A Curious Week in CardinaLand”