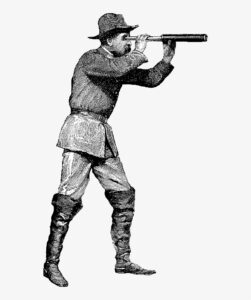 Before we get on to other matters, a moment of silence please for the dearly departed.

In a world that seems to be falling apart before our very eyes, now we have to deal with yet another significant loss.

Flags at half mast please in memoriam of the demise of the Choco Taco.

Of course this frozen treat wasn’t Graeter’s, or a trip to Polly’s Freeze for a shake or Gelato Gilberto.

But at those times, like 10:30 at night and you need something cool and sweet and the freezer is empty, and those places mentioned above are either closed or too far to drive at that hour, and you don’t want to hassle with a full grocery, there’s always Convenient.

(Whatever those places are called these days, they’ll always be Convenient to me.)

The freezer case is by checkout with the array of drumsticks and Klondike Bars and Fudgesicles. I most always went for the Choco Taco.

Not that it really tasted any better than any of those other mundane choices. But, it was a legit mix of ice cream, chocolate, nuts and soggy taco wrap in appropriate proportions for each bite*. It could be consumed before it melted.

*Grew up with Drumsticks, but after you’ve eaten the top, there’s no nuts or chocolate left to counterbalance the ice cream and cone underneath, a functional flaw.

Most of all, at those critical last taste of the day moments, Choco Taco sated.

Rest in Peace, my friend.

Yes, football practice starts next week. None too soon, if you ask me.

I’ll be at Media Day on Tuesday, and shall report in with whatever nuggetoids of info are shared. Generalities, hope, enthusiasm shall top the list, I’m so very sure.

As for practice reports, here’s the annual caveat. You won’t be getting any from me. For reasons I explain yearly. I don’t do practice. Because, frankly, they bore me. And, more important, I’m not astute enough to gather any legit observations.

I’ll remind you that I’m the guy who watched Teddy Bridgewater’s first passing drills, and opined he didn’t throw any better than Will Stein.

I’m sure the real football guys at Card Chronicle will be filling us all in.

Gym Eyes was back at hoops practice.

I asked him specifically about Hercy Miller, whose presence fascinates me for some reason. Perhaps because he’s the only other pure guard besides El Ellis.

GE advised Miller’s ball handling looked much better on Thursday than previously, when El Ellis’s defense was so relentless, Miller had some troubles.

I inquired how many minutes might Miller provide? 8-10 figures GE, who again mentioned that Kamari Lands, though a 6-8 SF, has a pretty good handle. One site described him as a “combo guard.”

From the drills Payne has been running, my guy advises there shouldn’t be much tomtoming of the ball after it gets past midcourt, or even before. Passing, placement, cuts to the hoop or corner. A good thing. Loved Carlik Jones, who saved the Cards on a whole lot of offensive possessions. But he dribbled too much.

KP and staff expect every guy to be full tilt in every drill. For conditioning, and to learn how to play that way in November and March. If one guy isn’t balls out, everybody on the team runs.

The one player who gets called out more than others, either because of conditioning or lack of maturity GE observes, is JJ Traynor. Not dissing the kid, mind you, just reporting what I’m told from an astute observer.

The bigs are all in tune with the plan, and always bust their ass. As an aside KP advised GE that they are working to build up Roosevelt Wheeler’s confidence. The kid gets down on himself, hasn’t developed swag yet.

Payne loves Adam Petway, the new “strength” coach. KP did a national search for that slot, and Petway’s name kept coming up with those he consulted. Quotes because Petway’s obviously about more than just dead lifts and squats.

Here’s the depth of Petway’s obsession with foot placement, movement, biomechanics. He develops defensive and offensive posturing for maximum efficiency, based on each player’s body type and movement propensities.

This is some new age stuff here. For me anyway, who grew up in an era when it was, “just stay between your man and the basket.”

I’m advised that Devin Ree, who got a late start, is showing improvement each day.

This might not mean much to readers as much as it does to me, a journalist of sorts. But I haven’t heard a word about the next basketball SID. Kenny Klein advised he’s going to continue on in some capacity with the basketball program, but I doubt it will be the nuts and bolts stuff.

Though we can hope.

What I do know is, if you go to the official basketball page, what comes up is last year’s roster and last year’s coaching staff. Not good.